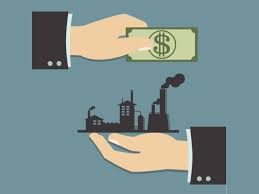 Fair competition is supposed to be a culmination of firms competing to establish their dominance, maximizing social benefit in the process, could this road to dominance be destructive in a battle of unequals?
The Indian startup story is witnessing several battles, where firms with more resources are leveraging, among other things, their clout over the investment community to exert themselves, leading to the emergence of a new brand of capitalism in the startup world. There is a very fine line between unfair and unethical, but what ought the verdict be when the benefit to the consumer is marginalized?
Two months ago when Ola acquired its closest rival Taxi For Sure, everybody witnessed how a well funded startup swallowed a competitor by waging a bottomless price war and out-paying the partner suppliers. Despite having a more capital efficient and supplier friendly model, TFS didn’t get access to enough capital to fight out on a fairground with Ola. And not only did Ola manage to disrupt TFS, it also managed to diffuse most regional players who just couldn’t fund the unsustainable discount model.
To that effect, earlier this week, the fair trade watchdog Competition Commission of India ordered a probe against Ola for alleged predatory pricing to stifle competition.
If economics teaches us anything, it is that monopoly is almost never a good sign for customers. After killing competition, will Ola stick to its low prices and next to no profit model, when they know that we don’t have anywhere else to go?.
This leaves us to question, are we heading towards an economy when capital becomes the only differentiator? Who will ultimately win, the best product and service or the one with more cash and marketing budgets? And more importantly, when will the customer win – not on availing products and services at discounted prices but on improved quality and innovation?
Learn more about finance and accounting outsourcing at Aristotle Consultancy.
Source – ETRetail.com