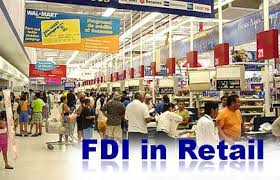 The Retailers Association of India (RAI) has opposed the invitation for stakeholders’ consultation meeting on FDI policy in e-commerce sector, saying that retail should be classified on the basis of category of goods and services provided and not on the basis of channels like brick and mortar stores or e-commerce.
“We, at RAI, believe that there should be a level playing field in respect to FDI among different retail formats. It is our concern that although the outcome of e-commerce and retail in physical world is the same, the treatment meted out by the Government of India to the two players in the same market is inequitable. Hence, the double standard of the Government in allowing e-commerce with foreign investment in India while not allowing multi brand retail in the physical world is discriminatory,” said Kumar Rajagopalan, CEO, Retailers Association of India.
As a result, retailers have decided to not participate in today’s stakeholders consultation meeting on FDI policy on e-commerce sector called by DIPP.
RAI also said due to the advent of technology, the laws which regulate the physical world is archaic and and should not be considered as it would allow an undue advantage to an e-commerce player at the cost of the physical sector.
RAI had also earlier requested the government to create a simple FDI policy for retail without segregating retail by brands and channels.
Learn more about finance and accounting outsourcing at Aristotle Consultancy.
Source – ETRetail.com