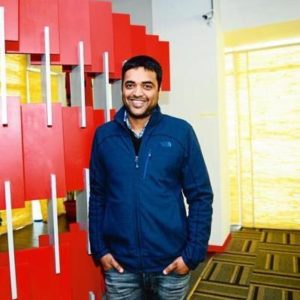 Zomato Media Pvt. Ltd’s CEO Deepinder Goyal said on Monday that the company’s investors remained bullish despite a report by brokerage HSBC that claimed the restaurant search and food delivery start-up was overvalued.

HSBC estimates Zomato is valued at $500 million, not $1 billion as many believe. HSBC disclosed its estimate of Zomato’s valuation in a report where it initiated coverage of Zomato’s largest shareholder Info Edge (India) Ltd, which is listed in Mumbai, with a ‘Reduced’ rating. That implies HSBC recommends investors don’t buy or hold Info Edge shares. Info Edge is the company behind India’s top jobs portal Naukri.com.

HSBC said while it is bullish on India’s internet and e-commerce business, Info Edge is not an attractive way to bet on India’s Internet story. Info Edge’s biggest investment is Zomato, where it owns a stake of 47%.

The HSBC report elicited a prompt rebuttal from Zomato. On Monday, in an email to employees, Goyal said, “Our revenue has doubled over the past 9 months. Costs have been rationalised. Burn is down 70% from the peak—it was high because we were experimenting with various business models and geographies, which we have cut down drastically—and we are now focused on the large opportunity in front of us in our core business and core markets.”

After pumping in more than $9 billion into Indian start-ups since the beginning of 2014, investors started pulling back late last year because of a mix of global macroeconomic factors such as a growth slowdown in China, as well as growing concerns over unproven business models.

Since the beginning of the year, as many as four Flipkart investors including Morgan Stanley have marked down their estimate of the company’s valuation.

In response, Flipkart co-founder Sachin Bansal countered Morgan Stanley’s markdown by calling it a “theoretical exercise” that wasn’t based on any transactions.

To be sure, a markdown or readjustment in valuation only points out that a company may be overvalued rather than raising concerns around its survival.

Still, reports such as those by HSBC do raise tough questions about how investors valued start-ups last year.

The HSBC report cites Zomato’s advertisement-heavy business model, the fast expansion of rival Swiggy and Zomato’s money-losing international operations as the main reasons for its low estimate of the company’s valuation.

HSBC has estimated Zomato’s valuation based on expected cash flow.

But even based on revenues, Zomato’s valuation looks a bit rich compared with a large international peer.

Zomato’s counterpart Yelp in the US trades at a revenue multiple of 4-5 times. For the year ended 31 December, Yelp reported revenue of $549.7 million, while its stock currently trades at $26.50.

If one is to go by Zomato’s own estimate of touching $30 million in revenue by March 2016, the company’s valuation of $1 billion would imply a revenue multiple of 33 times.

HSBC’s critical report on Zomato comes after a tough few months for the company, which has cut jobs and other costs in order to reduce its burn rate.

In his email, Zomato’s Goyal dismissed doubts about the company’s business model and HSBC’s estimate of its valuation.

“…nobody who knows our business has marked down our valuations. In fact, our existing investors are bullish about us, and are willing to back us further, if needed. And they have categorically said that our valuations are justified. Especially because we are more than doubling year on year, and the next year looks even more exciting for us. But external perceptions of valuations are determined by the state of the market, and the availability of facts to the person who is analysing these numbers.”

He added, “Having said that, we have a lot of work to do to justify the faith (not the valuation) our investors have put in us. We need to continue producing high quality work, innovate on our product, build and scale our new businesses to a point where they become meaningfully large and highly profitable contributors our overall business.”