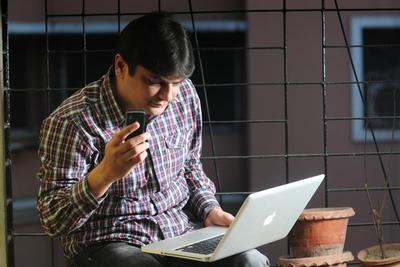 Earlier this month, the Central Board of Direct Taxes (CBDT) issued a notification, repealing the much talked about angel tax in a bid to boost entrepreneurship in the country. However according to investors, the move has serious limitations and will only help a few start-ups owing to multiple riders associated with the definition of a start-up.

In a notification on June 14, the CBDT announced an amendment to Section 56(2) (viib) of the Income Tax Act. Under this, money raised by start-ups from domestic angel investors will not be taxed as income even if the investment exceeds the fair market value of the start-up’s shares. So far, the so-called extra inflow was taxable as income from other sources under Section 56(2) of the Income-Tax Act. It was charged the corporate tax rate which resulted in a tax of over 30%.

According to the government, an entity will be considered a start-up till five years from the date of its incorporation and if its turnover for any financial year has not exceeded Rs25 crore.

It is also supposed to be working towards “innovation”, development, deployment or commercialization of new products, processes or services driven by technology or intellectual property.

In order to obtain the tax benefit, a start-up needs to get itself registered with the Department of Industrial Policy and Promotion (DIPP).

The catch is that out of multiple start-ups that will apply for this certification, not all will be eligible for that.

“The presumption is not everybody will get a certificate … The number of start-ups that have applied is far higher than what has been approved and that just tells you that there are many who will be just left out of the certification process for various reasons,” said Padmaja Ruparel, president at Indian Angel Network.

According to Dheeraj Jain, angel investor and partner at Redcliffe Capital, a UK-based hedge fund, while the government’s intentions were right, the on-ground reality post execution is different. “The Indian taxation system in itself is highly complicated, our government should endeavour to simplify it in order to give a much required impetus to entrepreneurs. Abolition of this tax after adding so many criteria does not help our situation, in fact it only adds another layer of documentation,” he said.

Ruparel also said that defining criteria such as “innovative” is subjective. “What is innovation? Those who are not “innovative” they will flip out of the certification process. There will be many who will not get covered. They will continue to be subject to section 56,” she said.

Sunil Goyal, founder and chief executive officer of YourNest Angel Fund termed the move as merely an incremental step. “The start-up needs to be registered and the process of that particular application, the criteria and the approval process is all very tedious,” he said.

[LoginRadius_Share]
Previous Post: Delhi-NCR is most funded city for startups in 2016
5 Benefits Of Starting A Business Overseas :Next Post
Close Comments Show Comments