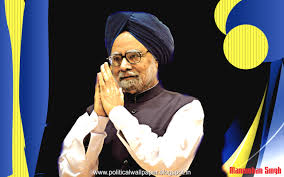 With Finance Minister Arun Jaitley presenting the budget for 2014-15 today, plenty of fodder has been served to the debaters nationwide who battle it out to decide whether pro-economy or not. While shutter bugs talk about the pros and cons of the current budget we revisit the earlier budgets presented by UPA government to mirror the major changes that have come into picture with the change of power. In this article, we will walk through three important budgets that were presented by two ministers from the UPA: P Chidambaram’s 2004 budget; Pranab Mukherjee’s 2009 budget and the 201 budget tabled by Chidambaram again. The reason for choosing these three years is pretty obvious; they mark the first and last year of UPA’s rule with the second budget presented after winning the elections again in 2009. ACT
ONE- First budget after five years(2004-05)
The 2004 general elections results were considered a surprise when the incumbent National Democratic Alliance, under the leadership of Atal Bihari Vajpayee, failed to get reelected as per the opinion polls and media speculations of that time. The primary reason for the failure of NDA was considered to be the non-inclusiveness of the economically backward class in the growth story that was touted by the party in its election campaign. The UPA formed the government at the center with support from the Left. They agreed on a Common Minimum Programme to guide the government in formulating its policies. This formed the background in which 2004-05 budget was tabled by the then Finance Minister Chidambaram.
Citing the Common Minimum Program as the basic guideline, the main focus of the budget was to sustain the economic growth that India had witnessed over the last few years while providing the benefit of this growth to the economically backward section of the country. To achieve this total planned expenditure to Rs. 145490 Crores from Rs. 135701 crores proposed in the previous budget tabled as an interim budget by NDA govt.
FRBM Act
Chidambaram in his 2004 budget proposed to increase the deadline of Financial Responsibility and Budget Management Act from March 31, 2008 by a year. FRBM Act was a legislation proposed by Yashwant Sinha, the finance minister in the NDA Government, which was designed to institutionalize financial discipline, reduce India’s fiscal deficit and improve the management of public fund by Union and state governments. The main purpose of the act was to reduce the fiscal deficit to a manageable figure of 3% of GDP. Chidambaram felt that complying with the deadline would adversely affect the social expenditure and this extension would provide him the breathing space to dole out more benefits to the downtrodden.
Food For Work Program
Chidambaram in his budget speech indicated that work had started on National Employment Guarantee Act with the objective of providing 100 days of employment in a year to one person in every poor household. He proposed the launch of a new Food for Work Programme in districts which were classified as areas in immediate need of such a Programme. A total sum of Rs. 6000 Crores was allocated for such plans. This may be the precursor to the much touted Mahatma Gandhi National Employment Guarantee Act (MNREGA) by the Congress Party, which has branded it as one of its most successful Programmes in the election campaigns.
Foreign Direct Investment
Chidambaram rightly identified the need for Foreign Investment in India and emphasized on investments in infrastructure, technology and export. Identifying three sectors-telecommunication, civil aviation and insurance, as befitting these criteria, he increased the cap for FDI in them. Unfortunately, in hindsight, these moves, while well intended, failed in execution due to inefficiency and corruption. The telecommunication investments were marred by the 2G scam which surfaced much later in 2010.
Overall the 2004-05 budget was a visionary step by the then Government with the objective of maintaining high growth while bringing the benefit of that growth to the poor people, and thus making it an inclusive growth. Let us view the later budgets and see how they measure up to this vision.
ACT TWO – A budget in uncertainty (2009-10)
Pranab Mukherjee, for long had been a senior leader in Congress party and had been the Finance Minister of India during the Indira Gandhi Government in 1982. He became the Finance Minister again in 2009, a period when Congress was reelected at the center with a thumping majority and the world was undergoing a severe financial crisis. India was at crossroads with a moderation in its GDP growth looking likely.
Pranab Mukherjee in his 2009 ( and also 2010) budget speech mentioned the three challenges for the Government in the short and the medium term:

Interstingly, as per his own admission in his speech, this led to an increased fiscal deficit from 2.7 per cent of GDP in 2007-08 to 6.2 per cent in 2008-09. It is worth noting that in the year 2012-13, he was criticized by a large section of economists who felt that he was reluctant to remove the subsidies which were burdening the fiscal deficit and, hence, the macroeconomic scenario of the country.
Launch of Popular Schemes
The period saw the launch of several popular schemes which are now part of public memory. Bharat Nirman, Pradhan Mantri Adarsh Gram Yojna, Women’s self-help group and various employment schemes were introduced in this period. The idea behind them was to further improve on the inclusive growth agenda of the government. Many of these schemes, in fact, were beneficial to the people who were below poverty line and living in adverse conditions. It is rather unfortunate that the success of these schemes were marred by the expose of huge corruption scandals and inefficiency by the Government in the later part of UPA 2 rule, especially from 2012-14 when the economy deteriorated further.
Commonwealth Games
A perfect example of UPA 2 mismanagement is the Commonwealth Games. In his 2010 budget, Pranab Mukherjee expounded on the potential of these games to showcase India as an emerging power to the world and allocated Rs.3,472 crores in the budget for these games. While the event was a success, the government faced severe criticism for mismanagement and misappropriation of funds, suresh Kalmadi, the then president of Indian Olympic Association and one of the chief organizers of the event was later arrested by CBI for allegedly involved in corruption.
Tax Reforms
When Pranab Mukherjee donned the mantle of Finance minister in the UPA 2 government, he had emphasized on tax reforms which were overdue for a long time. In his 209-10 budged, he clarified that he sought to eliminate distortion in the tax structure, introduce moderate level of taxation and expand the base. Two key initiatives in this regard were the Direct Tax Code which would have replaced the Income Tax Act of 1961 and the Goods and Services Taxes which would have recuced the complexity that exists today around sales and service tax. It is considered one of the key failures of the UPA 2 and an example of its policy paralysis that these acts still remain to be implemented. It must be mentioned, however, that these bills were delayed by the parliamentary standing committee and the deadlock that existed in the parliament post 2012.
THE FINAL ACT – Budget in Denial (2013-14)
On July 25,2012, Pranab Mukherjee was elected as the 13th President of the Republic of India, leaving the seat of Finance Ministry to Chidambaram who took back his position after having serve as Home Minister for three-and-a-half years. It was a very bleak atmosphere in which he presented his 2013-14 budget. The current account deficit of the government continue to be high at 5% of the GDP, much above the comfort levels of 2.5% that he may have wished. He even went on to admit in his budget speech that it is one of his greater worries. He recognized the only three ways out of this scenario: FDI, FII and ECB and termed foreign investment as an imperative.
The budget that he presented in 2013-14 was termed as a responsible budget by some and desperate one by others. The Finance Minister curbed the expenditure on populist schemes and assured that the government will provide sufficient funds to the ministries to continue on the existing flagship Programs.
Infrastructure Development
The 2013 budget was perhaps the first time when the impetus was on infrastructure investment as compare to the previous budgets by the UPA government. In spite of the fiscal constraints, FM promised investment in infrastructure with financial measures like allowing financial institution to raise long-term tax free bonds in the form of infrastructure Debt Funds (IDF), solving the bottleneck around roadways development, setting up new ports and impetus on electrification of roads and setting up railway corridors.
Measures to Increase Investor Confidence
The Finance Minister tried his best to allay the fears of the investors by announcing relaxation of certain norms for the FIIs like allowing participation in exchange traded currency derivative segment and permitting them to use their investment in bonds and government securities as collateral to meet their margin requirements. To attract the domestic investors, he allowed the stock exchanges to introduce a dedicated debt segments to improve the secondary debt market and reduction of securities transaction tax. However, these measures were not adequate enough to get a positive response from the investors who expected bigger announcement from him. They were worried that he didn’t lay out a clear solution to the CAD which was becoming a big worry for the government.
CONCLUSION
As we look back at the performance of the UPA government through its budget, we can observe that the UPA govt. had been very reactive to the environment around it while forming the budget. It is not easy to infer any kind of vision for a long-term growth but they had been consistent on their platform of inclusive growth by promoting various schemes and Programs for the poor. It may be because they did not want to repeat the mistake of their predecessor government which failed to bring the fruits of development to the poor. However, even their best intentions were waylaid by the policy paralysis and ineffective implementation. By the time they tried to get things back on track it was too late.
Learn more about accounting outsourcing services at Aristotle Consultancy.
Keywords: UPA Budget, P Chidambaram, Pranab Mukherjee, Budget 2014
Read More: Aristotle Consultancy analyses Union Budget 2014;