It is now more than certain that Flipkart will be acquiring Myntra in what is estimated to be a business deal worth Rs. 2000 Crores. We had previously discussed how such an acquisition will affect the e-commerce segment. Now that this deal is closing materialization, the following are the collected insights from various media outlets. 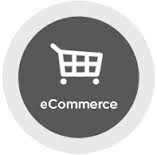 This is being viewed across news channels as a reaction to Amazon’s aggressive invasion into the Indian ecommerce landscape. Though the talks of mergers between these two have been a subject of conversation for a while now, the recent initiatives by Amazon to disrupt the Indian online marketplace could have forced their hands to tackle the behemoth by joining hands.
Financial Express suggests that Amazon’s move to slash prices and introduce concepts such as next-day-delivery has not only brought these two together but has also forced Snapdeal, another big player in the online marketplace segment, to raise more funds. As per the report:
“Amazon is scaling up …. much faster than expected and that is forcing everyone from retailers to investors in these companies to re-think,” said Ashish Jhalani, founder of e-tailing India, a retail consultancy
Providing a brief synopsis of the Indian ecommerce industry, Livemint provides a valuable insight on how Amazon’s entry has disrupted the Indian online space:

“After two years of consolidation that involved many e-commerce sites shutting shop, the top four—Flipkart, Snapdeal.com, Myntra and Jabong.com—have raced away from the rest of the pack and have been joined by Amazon.
Amazon launched its India marketplace in June last year and has already built one of the largest online product assortments in the country. Amazon has been lobbying heavily to convince India to allow foreign direct investment (FDI) in e-commerce, and the company’s executives have told Mint that it is investing “hundreds of crores” in India.
Given Amazon’s intentions, its financial muscle and technology expertise, local firms would need large amounts of money to compete with the online retailer, analysts say.
Flipkart’s imminent deal with Myntra will help the company keep Amazon at bay.”
NDTV Profit provides a snippet on the board room changes that will happen with this deal:
“(Sachin Bansal, co-founder of Flipkart) said Myntra’s cofounder Mukesh Bansal will head the fashion category for the combined group and will also be joining Flipkart’s board…”
And finally providing a Political spin to it, Moneycontrol had this to say on the deal:
While the year gone by was a tough ride for the Indian e-commerce space as players struggled for funding, some experts foresee major players coming together to build on synergies. PM designate and pro-reform leader Narendra Modi’s midas touch may usher in more funds for the sector if the government opens it up for foreign direct investment (FDI).Read more at: http://www.moneycontrol.com/news/business/e-tailors-shop-snapdeal-raises-funds-flipkart-eyes-myntra_1090126.html?utm_source=ref_article
Conclusion
The acquisition, if it takes place, will definitely pump up the Online Marketplace segment and we can expect other players trying to acquire emerging online players or raise funds to expand further. It will also be interesting to see if a change in FDI policy occurs and its impact on the existing players if and when it happens.

Learn more about finance and accounting outsourcing at Aristotle Consultancy.