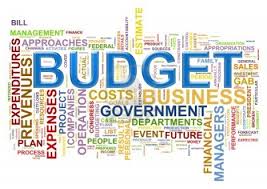 Union Budget 2014-15 has become most talked about topic. Aam Aadmi, investors, businessmen and all other stakeholders are watching every single move of the Modi Government like a hawk. Expectations are sky high in the economy that is suffering from low growth rate, high inflation from past few years. Experts believe that this budget has to be “The Budget of Expectation” as majority is anticipating that measures would kick start the economy and will bring India back on an 8% plus growth trajectory.
Every stakeholder is aspiring one or another thing. Let’s begin with the expectations of Aam Aadmi who were riding high on the tagline “Achche Din Aane Vale Hai”. Now they want their “Achche Din” soon followed by low inflation, employment. Here curtailing inflation will not be easy as it is conflicting with the goal of high growth rate which requires low interest rates. Thus Mr. Jaitely needs to keep a note of this while not underestimating the power of a common man. Simultaneously, in upcoming budget the exemption limit might be raised from 2 lakh along with the medical reimbursement limit from 15000.
Vinayak Chatterjee, Chairman Feedback infra said that the Infrastructure sector expects removal of Minimum Alternate Tax along with ten year tax holiday for the next 20 years arguing that infra projects go on for 20-30 years and in some cases for 60 years and justifying that this move will remove confusion.
Power sector also expecting a push as most of the power projects are turned into stranded assets. Clearance of these projects will create a two way impact, it will help banks to further grant loans to power sector thus creating liquidity, on the other hand it will also help to the revitalise private sector.
D-street is expecting tax breaks in order to attract new investors and abolishment of Commodities Transaction Tax (CTT). In order to provide ease of doing business in India, uncertainty in policies and taxation rules should be abolished, this includes retrospective tax amendments that is discouraging foreign investors. Early introduction of GST regime is another need of the hour. Further a raise in FDI limit in Defence and insurance is expected along with a rise in the rate of portfolio investment in private sector bank from 74%.
Fiscal Consolidation is another important point to look upon as it will play a momentous role in the revival of growth so that fiscal and monetary policy works simultaneously.
But this should be noted that unrealistic expectation should be avoided, growth improvement would be incremental not implausible. And moreover everything can’t be achieved in only one budget. Instead of doing it in one stroke we got to look it as a process and it will take two or three budgets for significant reforms to be implemented.
Learn more about finance and accounting outsourcing at Aristotle Consultancy.