Tired of investing in company debentures, shares, bonds and looking for something else to play around? How about Social Impact Bonds or debentures for funding renewable energy projects? 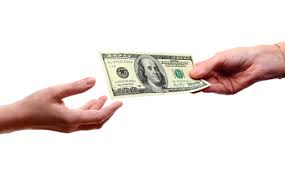 Social Impact Bond, a concept born with the setting up of a not-for-profit organization ‘Social Finance’ in 2007, is a form of outcomes-based contract in which public sector commissioners commit to pay for significant improvement in social outcomes (such as a reduction in offending rates, or in the number of people being admitted to hospital) for a defined population.

Take for instance the case of re-offending by criminals in UK, as per the statistics 63% of all men who come out of short sentences from prison reoffend again within an year and average number of previous offences they have managed to commit is a whopping figure of 43 with they being stashed back to jails 7 times!!! Does these statistics scare you and move you to do something? Here’s a solution.
Why not invest your money in Criminal Justice Social Impact Bonds offered by Social Finance which through other NGOs based around this issue will carry out streamlined rehabilitation and reformation programs for the offenders helping them to find a different way of living. The reductions, in any, in reoffending rate will help the government cut down on jail costs, police costs, etc and hence it would return back investor’s money along with the annualized return varying between 7.5-13%. The model is a win-win for all from the investors who earn from every crime saved, the government which saves on its spending on upkeep of jails and rehabs, the society which ends up having lesser crimes, to the offenders who instead of walking out of jail with 46 pounds in their thrall not knowing where to go get somebody’s help in seeking shelter and employment.
The first such bond was signed with the Ministry of Justice, UK around Peterborough Prison to work with 3000 offenders both inside prison and after release, to help them resettle into the community. The bond was an oversubscribed fund of 5mn pounds. A maximum return annualized of 13% was promised by the ministry for fall in offending rate beyond a threshold of 7.5%.
Such bonds not just deal with the re-offending problem but deal in numerous social issues helping investors to create an impact in diverse social fields. There are now 13 social impact bonds in Britain. David Cameron has put 20 million pounds into a social outcomes fund to support this idea while Obama has suggested 300 million dollars in the U.S. budget for these kinds of ideas.
While Social Finance works in the social arena, Abundance, a UK based startup calls for the help of ‘people for greener world’ to pool in money towards renewable projects while offering them return on their investments.
The future of investment now seems to be taking a turn with more people up for experimenting and creating an impact on the society through the way they do business. Instruments of such kind will form the future investment industry as institutions acquire expertise and offer greater annualized returns.
So when are you investing in social change?
Learn more about accounting outsourcing services at Aristotle Consultancy.
By aristocon|2021-04-17T07:33:49+00:00July 7th, 2014|Blog|Comments Off on Future of Financial Lending