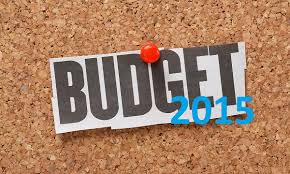 Since the day Modi Government has come into picture, People have high expectations from the Budget 2015 with the hope that there will be significant policy changes which would have a positive impact on the common man and would also help in controlling the fiscal deficit of the country and, thereby, helping the economy to grow further.
Major areas that we are expecting to be focused in current year’s budget are:

With the new Government coming into power, “Make in India” is quite a popular slogan and will remain so to genuinely improve the infrastructure. We would expect a high level of investment in infrastructure: roads, railways, irrigation and power. This will also give rise to PPP model and consequently a rise in the need to institute measures to fast track such options and make them more attractive.

Education has always been a great investment for the government and a great contributor in the country’s growth, since more educated people means huge skilled workforce, which is beneficial to the economy. Also, the government has started to think even for a common citizen which makes it very important to have subsidy on primary and higher education to boost up the economy in the long run.

One of the major areas for which the industry is waiting for is the implementation of Goods and Services Tax as this was also discussed in the last budget. The industry wants a platform which enables a hurdle-free trade among multiple states which is far ahead of the historical channel of multiple tax rates of different states. Hence, implementation of GST is expected from this year’s budget to bring in more efficiency and complex-free trade.