Role of Women Directors in Companies

Home/Blog/Role of Women Directors in Companies
Previous Next

Role of Women Directors in Companies

“Theory of contract, theory of social contract, a husband and wife are bound by a contract 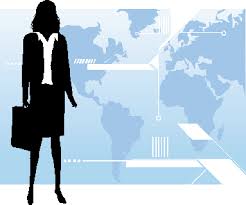 which says ‘you (woman) look after the household chores and satisfy me, I (man) will take care of your needs and will protect you’.

This statement made by RSS Chief Mohan Bhagwat reveals the antiquated mentality of Indians, which is embarrassingly noticeable in the statistics relating to the board seats held by women. In India the representation of women on corporate boards is currently at an abysmal low of about 4.7 per cent. Of the top 500 companies on the Mumbai Stock Exchange, at least 300 do not have a single woman on their on their board, says Arun Duggal, Chairman Shriram Capital who leads a entorship programme that aims to get high potential executives on the board. Even internationally, scenario is no different as developed nations, US, UK witnessed women’s representation of around 20% whereas in Japan its only 1.1%. Some countries, including France and Italy are considering significant action to improve women representation. Others including Norway, Sweden and Finland have already done so, which resulted in drastic increase in number of women representation which is now 40.5%, 27% and 26.8% in Norway, Sweden and Finland respectively. India starts its endeavour by a stipulation in the new Companies Act, which was approved last year and came into effect from 1 April, says that every listed company or public company with a minimum paid up capital of Rs.100 crore or a minimum turnover of Rs.300 crore needs to appoint at least one woman on its board. Further, according to new corporate governance norms finalized by the Securities and Exchange Board of India (Sebi) in February, all listed companies must have at least one woman director on the board. One person cannot be a director on the boards of more than seven listed companies, Sebi said. This compliance issue has forced Companies to start their head-hunt for women directors while keeping in mind that it should add some value. Many people believe that presence of a woman in the board would bring a new perspective as “women are forthright, ask pertinent questions, are not silent spectators, they want to be heard, they want to be relevant,” says Kiran Mazumdaar Shaw, Chairman Biocon Ltd. The demand for women director has increased drastically owing to the fact that a person can’t be on the board of more than seven companies and simultaneously there is a problem of scarcity. As a consequence, obvious candidates like Mazumdaar shaw, Chanda Kochar(MD,ICICI Bank),Vinita Bali (Former MD, Britannia Industries)already approached by many companies. Many of them don’t have time to commit. Manisha Girotra (CEO of Indian Unit of investment bank, Moelis), who is already a part of three boards, said though she gets offers, she cannot accept any more. Moreover, most of the women are approaching membership very cautiously. Many of them are evaluating facts like their future role, composition of existing Directors and Track record of the Company. This existing demand supply problem forced companies to go beyond obvious names in corporate sector. But here question is that what kind of value, someone from a non-business background will bring? Many companies are opting for an easy way by appointing their women family members on boards. This is quite disappointing as this kind of practices would defeat the ultimate purpose of the law. It should be insured that no one is appointed on the board just because she is a woman. Thus achievement of the ultimate purpose of law is a tedious task as it is easy to change a law, but changing a mindset is a mountain to climb which requires considerable time.
Learn more about finance and accounting outsourcing at Aristotle Consultancy.
By admin|2014-07-07T11:48:48+00:00July 7th, 2014|Blog|0 Comments