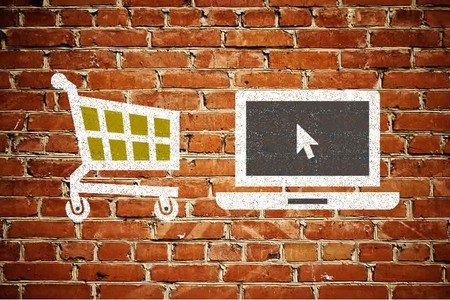 When billionaire investor and e-commerce sceptic Rakesh Jhunjhunwala committed to become the biggest investor in Exfinity Fund that backs business-to-business technology ventures, last November, he only did what bricks-and-mortar industrialists have been doing for a while–putting their money into the country’s burgeoning consumer internet and tech startups, trusting them to strike it big. It is also their way to hedge against the disruptive power of online businesses.
Ratan Tata, the 78-year-old chairman emeritus of Tata Sons, has invested in 36 startups, including Ola, Paytm and Bluestone. Marico chairman Harsh Mariwala has invested in Securens, Wooqer and even beauty products e-tailer Nykaa, while Ness Wadia of the Wadia group has invested in Bengaluru-based ticketing platform Explara.
What brought Jhunjhunwala on board Exfinity was the depth of its team. After a 45-minute meeting with former Infosys board members TV Mohandas Pai and V Balakrishnan, the 56-year-old `Indian Warren Buffet’ agreed to add tech firms to his $1 billion (Rs 6,653 crore) portfolio.
Pai, who has backed Exfinity Fund and co-founded Aarin Capital, said promoters of large businesses are slowly getting over their reservations about the technology industry .”We want to promote Indian venture capital. In China, about 60% of the capital is local money , while in India it is 5%. But many are rent-seekers and feel happy about the 14-15% interest. They don’t want to take a risk.” He added that the early movers are building investor confidence.”We ask them to participate in investments only after we have parked our money . We are trying to make it easy for businesses so that more and more entrepreneurs solve India’s problems.”
Fabulous returns reaped by new-age risk investors like People Group founder Anupam Mittal and Orios Venture Partners founder Rehan Yar Khan have caught the attention of the old houses that are now spending money and effort on identifying the winners among startups. Mittal owns 1% and Khan 1.8% in Ola, which is valued at $5 billion (Rs 33,264 crore).
The startup prospectors can spot disruptions to their businesses and constantly scout for newbies redefining customer experience. “We began investing in tech companies when the family office wanted to invest the dividends in several instruments. As the startup ecosystem in the country grew, it was seen as a good investment,” Harsh Mariwala said. His son Rishabh Mariwala has overseen their technology investments in funds, including Exfinity , IndusAge Partners and innovation sandbox AntFarm.”While we don’t have the technology expertise, we do help startups with operational expertise and human resources,” Harsh Mariwala added.
Pai’s Rs 125-crore Exfinity Fund 1 had a roster of non-tech CXOs -former UB Group CFO Ravi Nedungadi, Jain Group of Institutions’ founder-chairman Chenraj Roychand and Havells India joint-MD Anil Gupta, among others. Bengaluru’s promi nent industrialists, including Dilip Surana, CMD of gener ics firm Micro Labs, Rajendra Gandhi, MD of StoveKraft, and Tejraj Gulecha, promoter of Valmark Realty and Infra, are floating a Rs 50-crore ear ly-stage fund awaiting Sebi ap proval to invest in technology startups. In Kolkata, old busi nesses from tea plantations to jute and stockbroking are signing up for Calcutta Angels (CAN). “Traditional business tycoons want to invest 5-10% of their portfolio in startups.
They understand that technol ogy is pervasive and want to get a bird’s eye view of the tech disrupting their businesses. And they find comfort in co-in vesting with lead investors,” said Exfinity’s Balakrishnan.
Mudit Kumar, a fourth-gen eration tea entrepreneur and director in SPBP Tea Planta tion, has invested in five start ups. “We are busy with our tra ditional business but I thought of investing in a startup three years ago. It’s an investment opportunity as well as encour agement for new ideas to flour ish.” The real estate-to-retail Primarc Group has invested in several startups, including Catapooolt, Ketto and iKure.
Siddharth Pansari of Primarc, a second-generation entrepreneur, is also the president of Calcutta Angels Network. Pan sari has floated his seed fund called PrimarciVenture to identify new-age firms. Ronnie Screwvala, who built businesses in cable TV, home shopping and media, has set up a venture fund that has invested in a range of areas, from agriculture to artificial intelligence.Startups have grown rap. idly in India over the past five years. They have raised $18 billion (Rs 1.2 lakh crore) in l the period. A YourStory report said $9 billion (Rs 59,875 crore) spread over 1,000 deals was invested in Indian startups last year alone. Despite the recent funding slowdown, the promising startups are still getting ‘ investor attention.
Learn more about Accounting Outsourcing Services at Aristotle Consultancy.
Source – ET Retail