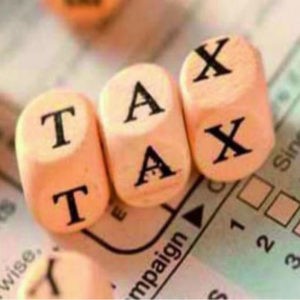 “The levy puts us in a precarious position because all these companies-Google and Facebook- which are the most popular advertising platforms for us, are going to make us pay more at the end of the day,”

In the month of March this year it was proposed by an eight-member committee on taxation of e-commerce, that services ranging from online advertising and cloud computing to software downloads and web hosting be subject to an “equalisation levy” of 6-8% of gross payment if the provider of the service is a foreign entity without a “permanent establishment” in India.  The rationale behind the levy was given as a way for the government to get foreign internet companies such as Google and Facebook to pay taxes in India.  Rashmin Sanghvi, who was part of the equalisation levy committee and is a chartered accountant and an expert on international taxation and taxation of e-commerce has said:

“Under the existing law and double taxation avoidance treaty, India will not be able to tax them. How can India allow this kind of revenue loss?”

However, the impact of this can be that – because of the nature of the levy, the companies will not be eligible for credits in their home countries, which means the levy is likely to be passed on to users of their advertising platforms, such as startups and small and medium businesses. Sarita Singh, who is the founder of Gurgaon-based Corpus Digital highlights how this levy could mean increased difficulty in collecting payments and eventual loss in business-

“Typically, for an SMB client, the media spend is between Rs 50 lakh-Rs 1 crore a month. The taxes are over and above this cost- service tax is 14.5% and 10-15% is the agency’s commission. Collecting this money is also painful sometimes, and now if a further 6% is added , small businesses that we deal will might decide to change the structure of their digital spends altogether, and we could end up losing business,”

The levy committee members say that all those issues related to startups being impacted have been discussed in detail before finalizing the levy. They also said that being burdened by the additional levy or not, will depend on the negotiation of the startups with these providers. It is also being said that government wants to “test” this levy with online advertisements to begin with, and will have to find an alternative to get non-resident companies credits, similar to the way the Mauritius treaty has been re-negotiated.
Learn more about accounting outsourcing at Aristotle Consultancy.
Source – KnowStartup