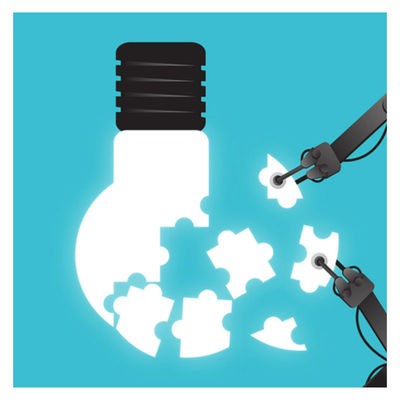 Are India’s tech startup serious businesses? Or will they just fade away when the funding stops?
The other day, I came across a TV interview of Rahul Yadav, who was CEO of a startup named Housing. com till he was sacked by the board. The interview is old, having being conducted in September 2015. However, there is one part of it which offers an interesting insight into what is wrong with Indian startups. At one point in the conversation, Yadav confesses that he doesn’t like ‘Excel sheets’. He says that when they (he and his cofounders, presumably) were meeting potential investors, if the investor asked for Excel sheets, they would just drop that investor.
It’s clear from the conversation that the loathing is not for any particular software sold by Microsoft. Instead, ‘Excel sheets’ are a synonym for calculations and projections about the business. These spreadsheets would have calculations about how much the business would spend, how fast it would expand, how much could it earn and from what kind of activities it may make money. However, if any investor turned out to be the sort who was interested in discussing such things, these entrepreneurs just stopped talking to him and moved on to someone else. As Yadav says, with a sly smile at one point in the interview, that when an investor wanted too much detail, he knew it wouldn’t work out.
Now there’s nothing unusual about this attitude. This has been a time-honoured tradition of Indian promoters since long before these digital days avoid investors who are interested in too much detail, just look for a greater fool instead. However, I do feel that in the domain of technology startups, this attitude arises from a fundamentally different premise. Earlier, promoters had complete self-awareness that they were doing something shady by fooling the investors about the true nature of the business. Nowadays, the entrepreneurs seem to be fooling themselves, too.
They seem to firmly believe that as long as they have enough scale, that’s great, even if they are losing money on each transaction. There’s a joke about this: “We know we are losing money on each customer, but we’ll make it up on volumes.” It’s not a great joke, till you Google it and find that a lot of people don’t know it’s a joke. There’s a widespread belief among startups that this really is true. The opposite view, that a business is a business and cannot defy the basic logic of sales, expenses, profit and loss for too long, is seen as something that doesn’t apply to new, technologybased businesses. The fundamentals of business cannot be ignored for too long.
One of the problems in India is that there seems to be a widespread belief that the marquee startups are justified in going through a long period of heavy losses because Google, Facebook and Amazon went through this. The problem with this idea is our skewed idea of what ‘tech’ is. During the time that they were making massive losses, the big American Internet giants were building their infrastructure and developing genuinely groundbreaking technology.
Even Amazon, which was supposed to be just a retailer, invented the infrastructure-as-a-service concept and is now ahead of Google, Microsoft, IBM et al in cloud computing with its fabulously profitable AWS (Amazon Web Services) business unit.
Nothing remotely resembling this is going on with Indian tech businesses, which seem wedded to the idea of almost literally giving away money to customers in every transaction.
In a way, it shouldn’t really matter to anyone if a lot of businesses lose money belonging to greater fool investors and eventually shut down. However, the negative impact on employees, suppliers, the brick-and-mortar competitors put out of business and on the business, environment generally will be huge. It would actually be good for everyone concerned if India’s zombie startups reach their logical end sooner rather than later.
Learn more about finance and accounting outsourcing and staffing solutions at Aristotle Consultancy.
Source – ET Retail