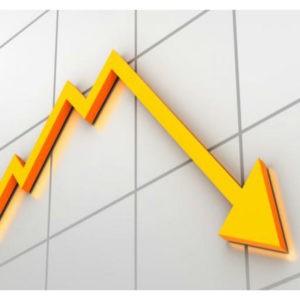 Venture capital (VC) and private equity (PE) firms cut investments in Indian start-ups by almost a quarter on a sequential basis in the three months to March, the second consecutive quarter they did so, as investors starved of exits and fearful of souring bets hold back cash.
Investors infused some $1.15 billion into Indian start-ups in the first quarter of this year, down as much as 24% from the December quarter, which itself had seen a slump in investments of 48% from the preceding three months, according to a joint report by KPMG and CB Insights.
The $1.15 billion reported by KPMG includes at least $150 million of secondary share sales that went from one set of investors in Snapdeal (Jasper Infotech Pvt. Ltd) to another.
The number of start-up deals fell 4% to 116 in the quarter, the report said.
The largest deals in the January quarter included $150 million received by online grocer BigBasket; $150 million raised by online marketplace Shopclues; and $50 million raised by Snapdeal, India’s second most valuable e-commerce firm.
“With mounting investor hesitation and concerns of overvaluation, Indian investment continued to decline in the first quarter,” KPMG and CB Insights said in the report.
After pumping more than $9 billion into Indian start-ups since the beginning of 2014, investors started pulling back late last year because of a mix of global macroeconomic factors such as a growth slowdown in China, as well as concerns over massive losses incurred by start-ups.
This year, investor caution has increased manifold, resulting in an acute slowdown in funding, fall in valuations and delayed deal closures.
“We have not been in contact with investors to raise funds but the sense we are getting is that there is a wait-and-watch situation that is going on,” said Ashish Goel, chief executive at online furniture retailer UrbanLadder. “There is definitely lesser investment in early-stage start-ups when compared to the last 4-5 months and (the number of) deals have certainly reduced.”
Even India’s top start-ups are struggling to raise cash at their current valuations. There are two main reasons why companies are struggling to raise money, said Aseem Khare, co-founder of home services start-up Taskbob, which raised Rs.28 crore in February.
“First, companies have been using investor money for giving away discounts that have beefed up top-line numbers but have not been able to create brand loyalty. Due to this, the percentage of revenue that comes through discounts is very high and has put doubts on the business model. The second reason is that of unit economics. There are businesses that are solving a problem, but the margins are too low for them to be sustainable or operationally profitable,” Khare said. By unit economics, Khare’s reference is to the cost and revenue from one transaction—say, a food delivery order taken online, and fulfilled.
The funding slowdown is not restricted to Indian start-ups alone, said Varun Khaitan, chief executive at home service app UrbanClap.
“The US has much bigger problems. And since some of the biggest investors are US-based, this problem has flowed into India. But if a company is doing well, then irrespective of the environment, it will attract investors,” he said.
The report by KPMG and CB Insights confirmed Khaitan’s views and said start-up deals in the US were much lower in the first quarter compared with the peak levels seen in 2015.
“The first quarter of 2016 extended the global decline in VC (venture capital) activity with both total deal volume and deal value declining further following a major dip in the fourth quarter. Some of the factors driving VC investors to take a more measured investment approach include an economic slowdown in China, rising interest rates and an approaching election in the US and a June referendum over the UK’s future in the European Union,” the report said.
Investors expect the funding environment to remain depressed for some time to come.
While start-ups have started to conserve cash by reducing discounts and other expenses this year, it’s not clear how young Internet companies will sustain their high growth rates without the lever of ultra-low prices.
“For the slowdown to end and for funding to return in a big way, there needs to be a trigger. Right now, there is a lot of uncertainty over macroeconomic factors like China’s economy and what’s happening to US start-ups. Plus, the Indian unicorns are also facing a rough patch. So it’s hard to see where a positive trigger will come from,” an executive at a firm that has invested in Flipkart said on condition of anonymity.
The government has added to the troubles of start-ups with new regulations governing e-commerce.
India on 29 March allowed 100% foreign direct investment in online retail of goods and services under the so-called marketplace model through the automatic route, which would legitimize existing businesses of e-commerce companies operating in India.
Three conditions attached to the government’s approval, however, could either hurt e-commerce companies or force them to find new ways to get around them. One, no group company or seller on a marketplace can contribute more than 25% of the sales generated. Two, marketplaces cannot influence product prices. Three, small sellers will now have to take responsibility of quality of goods and after-sales support.
Learn more about accounting outsourcing services at Aristotle Consultancy.
Source – Livemint