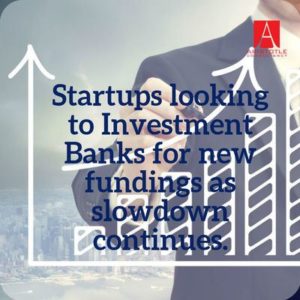 Weak business models and a funding slowdown are forcing many Indian consumer Internet start-ups and their venture capital (VC) backers to seek help from investment bankers in order to secure fresh funds from new investors or find buyers.
Last year, several banks including Kotak Investment Banking, Motilal Oswal Financial Services Ltd, Morgan Stanley and others pitched to help fund start-ups as the number of deals and cheque sizes swelled.
Most investment banks, with the exception of Avendus Capital Pvt. Ltd, Citigroup and a handful of others, were unable to strike deals, partly as VC firms and other investors didn’t need much convincing to put money into start-ups.
Investors pumped in more than $9 billion into start-ups over the past two years.
This year, start-ups such as food-ordering app TinyOwl Technology Pvt. Ltd, logistics services provider Roadrunnr (Carthero Technologies Pvt. Ltd) and others that are fretful at not getting fresh funds are approaching investment banks to help them get cash, people familiar with the matter said.
Many VCs such as Sequoia Capital India, Accel Partners and even some early-stage investors such as Orios Venture Partners have sounded out investment banks about helping them find buyers for their portfolio companies that are struggling, the people cited above said on condition of anonymity.
Roadrunnr and TinyOwl didn’t respond to e-mails seeking comment.
Typically, a majority of start-ups raise cash directly from VCs without the help of investment banks. In Silicon Valley, for instance, investment banks rarely get involved in deals before start-ups list their shares. But as investors are increasingly turning cautious about Indian start-ups, investment banks expect a busy year ahead, especially in assisting with mergers and acquisitions (M&A).
Investment banks help start-ups prepare business plans and so-called pitch decks (investor pitches) and connect them with new investors. They also help position start-ups in the most attractive manner to investors, follow up with investors after initial talks and handle valuation negotiations on behalf of the young companies.
“We have seen a significant increase in the pipeline of deals,” said Gaurav Deepak, managing director at Avendus Capital. “A tighter market has led to the need for expanding and deepening investor coverage, leading to a larger role by the bankers.”
After an unprecedented funding boom for start-ups in 2014 and the first half of 2015, investors have turned cautious because of a mix of global macroeconomic factors such as an economic slowdown in China and an interest rate hike in the US, as well as growing concerns over unproven business models.
In a tough funding environment, the value of working with investment banks increases for start-ups, said Klaas Oskam, managing director at investment bank Signal Hill Capital Advisory India Pvt. Ltd.
“Signal Hill helps start-ups realize the best value by highlighting their strengths, positioning them correctly and introducing them to our strong network of investors. We expect to do more funding deals than last year. We also expect to see more M&A as consolidation is inevitable among consumer Internet start-ups,” he said.
Another investment bank, Merisis Advisors, said it had seen a fivefold jump in the number of Series A deal requests over the past two months, compared with early 2015.
“A lot of venture capital-funded companies are also being directed to us,” said Sumir Verma, co-founder of Merisis. “Given most of these companies have a runway of 3-4 months, even VCs want an investment bank to be involved from day one to close the deal faster. The (consumer Internet) sector is largely looking for strategic investors and hence the need for a banker to sell the right story the right way increases.”
Some international investment banks with their vast network of marquee investor clients also expect an increase in deal-making this year.
“We expect the investing landscape to change rapidly with new sources of capital coming to market, and we expect to be extremely active again this year in helping our clients raise capital from traditional and new sources, and pursue M&A and strategic partnerships,” said Madhur Deora, managing director, investment banking, Citi India. “We are encouraged by the fact that when we have in-depth conversations with our Internet clients, many of them are focused on making their capital last longer and building stronger businesses,” Deora said by e-mail.
Start-ups typically don’t work with global investment banks because they charge fees that aren’t affordable for young companies. However, even large e-commerce companies such as Flipkart Ltd, Snapdeal (Jasper Infotech Pvt. Ltd) and Ola (ANI Technologies Pvt. Ltd) have mostly avoided working with global investment banks over the past 18 months or so, primarily because of the vast networks provided by their own investors such as Tiger Global Management and SoftBank Group.
Citi is the exception, having advised payments and online marketplace Paytm (One97 Communications Ltd) on its $575 million fund-raising last February from Ant Financial Services Group, an affiliate of China’s e-commerce giant Alibaba Group. That was the largest consumer Internet deal that an investment bank helped facilitate in India.
Experts said investment banks need different skill sets in order to work with start-ups and e-commerce companies, as compared with other sectors.
“E-commerce is very different from old economy sectors and for investment banks to succeed in this space, they need to have a strong understanding of the dynamics of e-commerce and how it creates value,” said Ashish Basil, partner, EY.
“Most e-commerce companies may remain unprofitable for a long time due to high customer acquisition costs, and hence GMV (gross merchandise value), lifetime value of customer base, market leadership and other such metrics decide valuations rather than cash flow or earnings in the traditional sector.
“You also need to connect personally with entrepreneurs, most of whom are young and energetic. So you need to able to speak their language, understand their mindset, have similar energy and get their ambitions to work with them, among other traditional traits that investment bankers need to show,” he added.
Learn more about finance and accounting outsourcing at Aristotle Consultancy.
Source – Livemint