?> Why Big Bazaar tied up with Paytm - Aristotle Consultancy 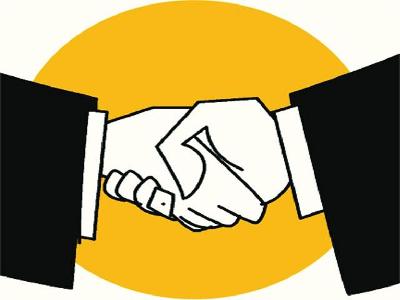 Kishore Biyani has been extremely critical of the business model followed by e-commerce companies in the past. The founder and group CEO of one of India’s largest organised retailer Future Group, however, cannot close his eyes to the potential of e-commerce and the ever-growing base of customers shopping online.

With the latest partnership announced with mobile payments and commerce platform Paytm, Biyani is making an effort to go online without taking on the risks and huge costs associated with the e-tail business.

Under the deal announced by the two partners on 4 August, customers will be able to shop for Future Group’s hypermarket chain Big Bazar’s merchandise on Paytm’s marketplace and also, get them delivered to their homes.
Explaining the rationale behind his tie-up with Paytm, Biyani said: “The cost of customer acquisition in the e-commerce space is more than 20%, the cost of fulfilment is more than 20% and the cost of running operations is 8-10%. This totals to almost 50% as the cost of operation. At this cost, you can’t sell any goods on this medium.”

Biyani, indeed, isn’t speaking through is hat. Almost all e-commerce companies, including the market leaders such as Flipkart or Snapdeal and even global companies such as Amazon, have been running massive losses in their operation with no signs of profit in sight yet.

Since, market pundits have been predicting that at some point, online retail transaction will become big enough to command a viable business model with a huge potential for growth, Biyani did make a few attempts at hopping on to the e-commerce bandwagon in the past.

In 2014, for instance, the Future Group had tied up with Amazon India to sell its merchandise, primarily private fashion labels. The same year, it had also launched
shop.bigbazaardirect.com, the online platform for its direct selling offshoot Big Bazar Direct.
Both experiments, however, failed to deliver desired results.

The deal with Paytm

The tie-up with Paytm is Biyani’s yet another attempt at going online. Is he late to the e-commerce party? He doesn’t think so.

“We are not entering late. We were unable to do business online because unit economic wasn’t working,” he told Techcircle, adding: “We didn’t want to spend considerable amount in the acquisition of customers, in fulfilment or administrative obligations.”

Biyani said in Paytm, the Future Group has found a partner that can “bring the unit economics into the business. Besides, we don’t have to worry about payment gateway cost. In that sense, it is a great fix for us.

“Biyani’s optimism may not be misplaced. To begin with, the tie-up with Paytm comes just a few days ahead of Future Group’s hypermarket chain Big Bazar’s yearly flagship sale, Maha Bachat that will run during 13-16 August this year. A hugely popular format, Maha Bachat contributes around 3% to Big Bazar’s annual revenue. With its discounted offers moving online during the four days, Biyani is hoping to reach out to a new set of customers outside of his loyal set.

Under the deal, an anchor store has been created for Big Bazaar on the Paytm app. Customers will not only be able to browse and buy Big Bazaar merchandise on offer, they will get a further 15% cash back on all purchases using Paytm’s wallet facility.

Paytm, too, sees the partnership with Future Group as a win-win deal. “Together (with Future Group), we see a fantastic opportunity to create a mobile first, omni-channel retail and payment solution for our wide consumer base,” Vijay Shekhar Sharma, founder and CEO of Paytm, was quoted as saying in a PTI report.

In a chat with Techcircle, Sharma said the partnership is an attempt at bringing a high frequency, large offline platform, online. “They (Future Group) do not have a very active e-commerce strategy as publicly visible. This (the partnership) will allow them to get mobile and internet customers to shop for Big Bazaar merchandise. Everything that is available offline will be available on the anchor app,” he added.