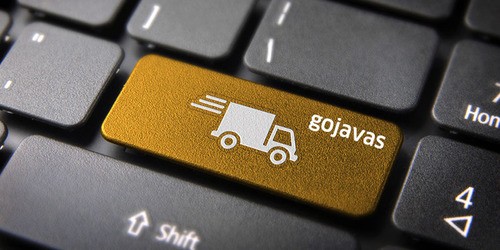 Logistics firm GoJavas, which has suspended operations amid an impasse in its sale talks with Snapdeal, is considering an organisational overhaul involving layoffs and a restructuring of its business model, according to two people aware of the developments.
The GoJavas management is discussing a proposal to switch to a franchisee business model wherein the company will provide its technology to logistics partners that it would onboard, these people said. The move, primarily aimed at trimming the company’s workforce, will impact employees across categories, they said, declining to be identified.
One of them said GoJavas was also planning to adopt a variable salary model based on per packet or kilogram of load handled, on top of a fixed basic pay — similar to how cab aggregators Uber and Ola incentivise their drivers.
Snapdeal, which owns 42% of Go-Javas and accounts for a substantial bulk of its orders, has been holding talks to acquire the remaining stake in the logistics firm.
Clinching GoJavas, which caters to other clients as well, could prove handy for the ecommerce marketplace as the festive season approaches but differences have cropped up primarily over the ask-price.
Last week, GoJavas suspended operations citing unspecified technical reasons and asked clients to make alternative delivery arrangements until it could resume services.
A GoJavas spokeswoman, while refusing to comment on the proposed restructuring or layoffs, said in an email reply to ET that “GoJavas remains open to discussions with all our investors”, indicating the company was continuing its negotiations with Snapdeal. Snapdeal did not comment on the acquisition talks. The GoJavas spokeswoman said the company was yet to decide on when to resume operations.
“The exact time till when the operations will be affected cannot be confirmed as we need to ensure that a thorough testing is done before we resume service to all our clients,” she said.
The suspension of services is likely to affect Snapdeal’s shipments. The marketplace’s logistics unit Vulcan Express handles product shipments from the company’s vendors to its warehouses or delivery centres.
For last-mile reach to customers, Snapdeal has a network of 15 partners including GoJavas. Snapdeal in November invested Rs 36 crore to build its network of fulfillment centres or warehouses under Vulcan Express, according to documents filed with the Registrar of Companies. In GoJavas, Snapdeal’s parent Jasper Infotech has invested Rs 237 crore.
“Snapdeal works with multiple logistics partners for its fulfillment requirements and a large part of our shipments are handled by Vulcan Express, our in-house logistics company,” a spokeswoman for Snapdeal said.
Learn more about Accounting Outsourcing Services at Aristotle Consultancy.
Source – ET Retail