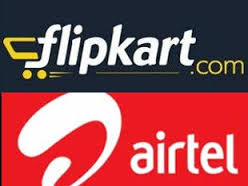 The country’s top e-commerce venture Flipkart has opted out of talks to become part of Airtel Zero, pitched as a mobile marketing platform by telecom firm Bharti Airtel but which ended up stirring up a hornet’s nest over its wider implications of possibly violating principals of net neutrality.
This comes even as Flipkart co-founder and CEO Sachin Bansal had come out openly to support the new scheme by Airtel.
Flipkart said in a public statement on Tuesday:
“We at Flipkart have always strongly believed in the concept of net neutrality, for we exist because of the Internet. Over the past few days, there has been a great amount of debate, both internally and externally, on the topic of zero rating, and we have a deeper understanding of the implications. Based on this, we have decided on the following:
We will be walking away from the ongoing discussions with Airtel for its platform Airtel Zero.
We will be committing ourselves to the larger cause of net neutrality in India. We will be internally discussing over the next few days, the details of actions we will take to support the cause.
We will be working towards ensuring that the spirit of net neutrality is upheld and applied equally to all companies in India irrespective of the size or the service being offered and there is absolutely no discrimination whatsoever.”
Flipkart’s decision comes in the wake of a widespread backlash on social as well as mainstream media where people were seen slamming Flipkart for its hypocrisy on ‘net neutrality’ and even voted down ratings on its free to use apps.
Learn more about accounting outsourcing at Aristotle Consultancy.
Source – Techcircle